The annual prize presentation and dinner took place at Belton Woods Golf Course with over 90 club members and guests attending another very enjoyable evening, ably organised as ever by Janet East and Christine Edwards.

Following the meal there was a Q&A session with guest speaker Chris Sidwells. Chris is a cycling journalist who has written many books on a wide range  of cycling topics, makes regular contributions to a variety of magazines and has interviewed many famous riders including Lance Armstrong and Eddy Merkx so he was able to give a lot of interesting insights on variety of current and past issues.

This part of the evening could probably have gone on for several hours on its own but eventually Tony Mendham the evenings master of ceremonies managed to draw it to a close so that the awards for the 2014 season could be presented.

With Simon Cocker announcing the winners Chris presented the awards, with the big winner on the evening being John Pilgrim taking 7 Time Trial awards. Other notable achievements included Martin Hedley the 100 mile TT award, the first club rider to complete the distance since 2001. The Egner family winning 7 awards between them and Jennifer McAndrew a special award as recognition of her success in winning several national Junior Time Trial awards. It was also good to see further awards being made to reflect the increasing number of ladies in the club with Louise George winning the inaugural ladies 25 mile TT award.

Of the awards decided on by the committee Heidi Moulds won the most improved rider in recognition of the great strides she has taken in 2 years from hardly riding a bike to competing in Cyclo-Cross, Time Trials and regular coaching sessions at Fulbeck, Suzanne Holdworth won the merit award for organising and leading the weekly Saturday club social rides and the young personality award went to Max and Leo Moore for their enthusiasm at whatever activity they have taken part in. 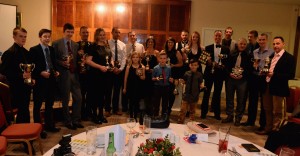 The Jack O’Connor clubperson of the year award voted on by the members on the evening went to Loz Willetts.

There was then a special presentation of Club Life membership certificates to Alan and Janet East, Loz Willetts and Christine Edwards in recognition of the support they have given the club for many years and without which many of the club activities would not take place. 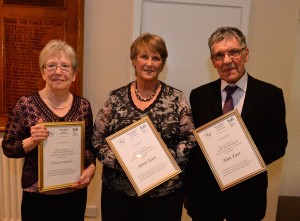 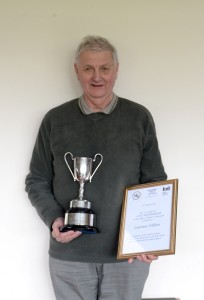 With the usual raffle to round the evening off and time for a bit of a chat the evening drew to a close roundabout midnight.